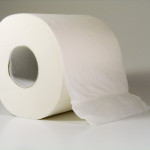 One of the great joys of being a parent is the chance to drive to East Bumblefudge on your weekend to watch your children participate in whatever sporting/academic/competitive event is going on that Saturday. This past weekend my daughter had an archery tournament in a location a little over two hours from our home.

We were supposed to be there at 9:30 in the morning.  Given our inability to function like humans in the morning, least of all a Saturday morning, we decided it was worth our time and money to stay in a hotel the night before.  We made a decision to stay in the raving metropolis of Dublin, Georgia, which I have been to before, mainly because it is the only place to stop along I-16 between Savannah and Macon if you have to go potty and/or really need a McDonald’s french fry.

After a brief marital spat about which of the myriad of ways to go and what traffic would be like and THIS is why I wanted to leave the house earlier, we decided to take back roads to Dublin Friday night.  I was driving.  Our GPS told us it was two hours and fifteen minutes to the hotel.  I made everyone go teetee before we left the house, and figured we could do it all in one shot.  Only as it turned out, my son and I had made a Starbucks run after I picked him up from the middle school, and about halfway there, we both had a lot of coffee in our systems that was itching to be recycled.  I told him I’d stop at the next promising gas station. We saw a non-promising gas station slash bait shop slash serial killer breeding ground, and decided we could wait.

That was a mistake.  From that point forwards, there simply was no other bathroom, promising or otherwise, and the situation became more and more critical.  It being night, and us being in the absolute epicenter of nowhere, I would have pulled over on the side of the road to allow my son to do what he needed to do, but I had to go just as urgently, and, well, one full moon per sky per night is enough. So we kept driving.  And driving. Every time we ran over a pebble or a squirrel or a seam in the road my son yelped in discomfort and my daughter talked about flowing rivers and the ssssssssssteamy sssssssssssssshower she wanted to take when we got to the hotel.

There were a decent number of cars on the road, and the road we were on was a four lane road with a 60 mph speed limit.  I could see houses.  I could see manufacturing plants. “Don’t all these people need to gas up their cars?” I asked my captive audience.  “Don’t they need to go grocery shopping?  Don’t they need the occasional hamburger?  Why is there nowhere to stop?  This has GOT to be the main drag.”  I considered reaching underneath my seatbelt to unbuckle my pants just to relieve a little of the pressure.  The only thing that stopped me was my fear that my ever swelling bladder would prevent reclosure. We went through McIntyre, Georgia, motto: “We’re the home of Honey Boo Boo!” or “Plenty of perfectly nice people who aren’t Honey Boo Boo or her relatives live here!” depending upon to whom the motto is being said.  There was no sign, but I’m full of culturally literate factoids like that one.  I thought about knocking on Ms. Boo Boo’s door, but then decided I’d rather wet my pants.

I downloaded an app on my phone once upon a time called “Sit or Squat,” which is brilliant.  It is put out by the Charmin people.  It is like a Trip Advisor or Yelp site for public bathrooms.  It tells you where the potties are and whether you can sit or have to squat.  After some barking of instructions from the driver’s seat to my smart-phone illiterate husband, and finally getting him to flip it to my 13 year old son who came out of the womb understanding All Things Electronic, we cranked up the Sit or Squat app, hooked it into the phone satellites that know where I am at all times, and waited for it to give us a green – or red, at this point we didn’t care – roll of toilet paper to indicate there was a throne in the area.  No such thing popped up.

Eventually, after an hour of increasing discomfort, we realized that the closest bathroom was going to be at our hotel.  I screeched into the hotel parking lot, and booked it to the lobby facilities before checking in.  You should be glad to know that despite Dublin, Georgia’s proximity to East Bumblefudge, there were several impressive Oscar-like statues lining the shelf above the check-in desk.  My daughter asked what they were.  “We’re the highest rated LaQuinta in the world, and have been for five years running,” the desk clerk said with obvious pride. I can’t say I am a hotel expert of any kind, but I can tell you that the hotel was so much nicer than the one I stayed in at the middle school band festival that I hesitate to even use the same noun to describe them.  I can also say that the bathrooms were scrupulously clean and provided a near-divine sense of relief.  I’ll be sure to rate them on Sit or Squat so everyone else knows it as well.

Did you like this?  Do you want Lori in your Inbox?  Sign up below for weekly emails.