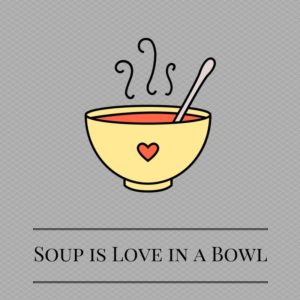 Well, the heat finally broke here in Georgia, meaning it isn’t 80 degrees out before sunrise, and that means that I get my annual season-changing illness.  I get sick every October, this one being no exception.  I went home from work early on Friday and, more or less, have been in bed ever since.

This is a large statement, whether you realize it or not, on the intensity of how lousy I feel.  I power through most things.  But I couldn’t power through this one.  I fell asleep, face down on the bed Friday afternoon, wearing a full face of makeup and a lawyer-appropriate dress.  I did manage to take off my shoes.  When my daughter got home from school, she dropped her normal hard crunchy exterior in favor of her soft, chocolatey middle and took care of me.  My bones were chilled.  She brought the electric blanket I bought her for Hanukkah over to me, draped it across me, and plugged it in.  She made me a mug of tea.  Then, with my permission, she left to watch her brother’s marching band dress rehearsal.

I woke up long enough on Friday to drink a glass of water and eat some Trader Joe’s Chocolate Cat Cookies, the only things in my pantry that didn’t make me bring up bile just by looking at them.

Saturday morning I managed to get up around 9:00 a.m., feeling more or less refreshed after that much sleep.  Not healthy, but much much better.  I went to QT to get coffee and supplies, dropped Jacob off at the high school for his marching band competition, and then went to the car wash Marin’s Girl Scout troop was doing to raise money for the special needs cheerleading program at the school.  (They didn’t wash my car so much as smear the dirt around and get it wet, but, well, it was for a good cause, and so I thanked them profusely for doing such a great job and gave them twenty bucks.)

As a purebred Jewish mother, I know that nothing knocks out an illness like chicken soup, so after my car was smeared I headed to the grocery store to get ingredients.  I also got some orange juice and fresh fruit, including some amazing looking giant honeycrisp apples.  Honeycrisp apples, when fresh, are so good they are probably the variety of apple growing in the Garden of Eden.  I could see giving in to that kind of temptation.  They are also stupidly expensive.  I bought six of them.  They were $15.00.  The chicken for the soup – an entire animal, plucked and processed and gutted – was only $9.00.

By the time I got home, I realized that I wasn’t quite as healed as I thought I was, and the thought of doing what I needed to do before I could get to bed was overwhelming.  But I am nothing if not a fighter, so I pushed myself to put away the groceries and make the soup.  Only as I lifted the bag of apples, in my bacteria-laden fog, I lifted it upside down, and the apples went tumbling out.  Into the dishwasher, which was open because it was clean and drying out.  Four of the six apples impaled themselves on forks.  I wish I had the presence of mind to take a picture – I could not possibly repeat this.  The other two bounced off the edge of the dishwasher and rolled all the way across the nastiness that is the kitchen floor.  All the apples had holes or cuts in them.  $15.00 worth of apples, ruined.

I knew what had to be done.  I didn’t want to do it.  But I washed the apples and cut them up.  I got out the crockpot, found sugar and cinnamon and ginger and butter and made stewed apples.  When life hands you ruined overpriced apples, make a dessert.

Come to think of it, make a dessert anyway.  Dessert is the best.

As is chicken soup.  If you want my recipe, you can have it – it’s in my new book, “You Know I Love You Because You’re Still Alive.”  (See what I did there?  #ShamelessSelfPromotion) I made the soup, leaving the mess on the counter to deal with At A Later Date, and crashed again on my bed for six hours.

And when I woke up, I had soup.  And stewed apples.  I drank two bowls of soup.  I don’t know if it was the hot soup, the fever come back, or a hot flash, but I started sweating so much it was dripping off my elbows and soaking my shirt.  So I took a cold shower.

And now I’m exhausted again with all the effort of eating and sweating and showering.  But my tummy is happy, and I have hope for the future.  Chicken soup will do that for you.
Do you want Lori in your Inbox? Sign up below for bi-weekly-ish emails with exclusive content.