“If you could have any superpower, what would it be?” 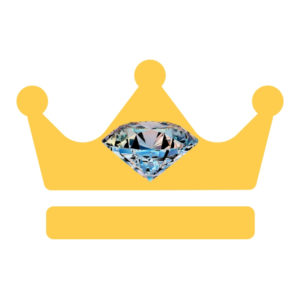 Of course, I’m not going to get a superpower any time soon, but it’s an interesting question to contemplate.  My first thought when presented with this question was that of all the superpowers held by all the superheroes I’ve witnessed, the thing I’d like the most is Wonder Woman’s Lasso of Truth.  I mean, what modern woman doesn’t want something which will compel someone to stay put and tell the truth?

Truth.  There’s a concept, right?  It’s a tricky one, slippery.  The problem with truth is that it is fluid and not always absolute.  My truth and your truth about the very same thing can be wildly different.  Even going to the videotape isn’t always helpful if the two videotapes are shot from different angles.

Sometimes, reasonable minds really can differ.  Not always – two plus two is always going to be four, even with new math, graphing calculators, and the common core curriculum.  But sometimes there’s no right or wrong, just different.

The opposite of truth is a lie.  A lie takes the truth and does the other thing.  It goes out of its way to fool you and mislead you.  The opposite of truth is not BS.  BS thinks truth is irrelevant.  There may be elements of truth in BS – in fact, the best, most convincing kind of BS is partly true.  BS serves its own purpose.  BS has its own goals, and exists solely for the furtherance of those goals.  It’s more dangerous than a lie, because you can usually disprove a lie by proving the truth.  BS is alternate reality, and people buy into it when they don’t like current reality.

So what I really need is not a lasso that separates truth from lies, but which separates reality from BS.  I need a BS detector.  I’m not going to steal-slash=borrow Diana’s lasso, I’m going to get Hephaestus to forge me my own superhero tool from the Golden Girdle of Gaia.  I’m thinking a fashionable, yet practical tiara.  It would have a jewel of surpassing depth and beauty in the center, one that would draw the eye towards it.  Once the eye meets the core of the jewel, if you are full of BS, or if you speak BS in response to a question, a klaxon alarm goes off.  WAAAP WAAAP WAAAP – BS ALERT BS ALERT – WAAAP WAAAP WAAAP!  The BS-er is then branded on the forehead with a poop emoji so that everyone from that point forward would know not to believe a word that person says.  The brand would fade if you went a whole year without BS-ing, and would return the moment you BS-ed again.  I believe in second chances and redemption, but I also believe in consequences and reminders.

Of course, realistically, if I wanted to catch more BS-ing men with it, I should probably make it a brooch and pin it on my chest, since they are probably looking there anyway.  Maybe I could make a whole BS detector jewelry collection and sell it on QVC with a C-list celebrity spokesperson to assist me.   If you buy it within the next half hour, you will get free shipping AND a free BS detector charm bracelet.

Or is that just a load of BS?  Only the detector knows for sure.

If you enjoyed this and want to read more like it, visit Lori on Twitter or on Facebook. Lori is a National Society of Newspaper Columnists 2018 Columnist winner, and a New Apple, Readers’ Favorite, and eLit award winner for her latest release, “You Know I Love You Because You’re Still Alive.”  She is also the author of the bestselling books “Mismatched Shoes and Upside Down Pizza,” and “The Armadillo, the Pickaxe, and the Laundry Basket.”