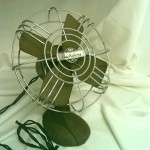 There is a joke we tell in these parts so often that it couldn’t possibly be funny anymore: if you don’t like the weather, you should just wait 15 minutes.  Such is spring in Georgia.  It is not uncommon for there to be a forty degree swing in temperature between eight in the morning and three in the afternoon.  Or, it might stay at whatever cool temperature you find when you wake up.  There is no way to tell.  A random monkey throwing darts would get it right more often than the local meterologists.  In April, for example, I never know how to dress.  A light sweater?  A tank top?  A filmy skirt?  Thick pants?  Full coverage shoes or sandals?

The other morning, I woke up at a time when most college students are going to bed in order to cook my son an actual breakfast before he met the school bus at 6:20 in the morning.  It was a semi-special occasion, the first day of the year end high pressure Georgia Milestones test upon which, to hear my children say it, the fate of the universe rests.  I took a shower and, based on the weather the day before, a most unreliable method, I put on pants and a cotton sweater.

After my son walked down our driveway to meet the bus, I realized he had left the phone on the counter.  He needed it, since his actually getting home that day required some parental coordination.  I stepped out on the front porch into the opening scene of a horror movie.

There wasn’t anything grisly, this was the opening scene: the one where everything looks so calm and peaceful except for the creepy music.  My eyes did their uncaffeinated best to readjust from the inside halogen lights.  As it was, they hadn’t yet given me the ability to see in the dark.  I could see very little in the moonless morning.  I heard the wind moving the tree branches.  Night bird calls shrieked over the rooster’s constant call from next door.  (An aside: how that rooster, which hasn’t shut up in five years, morning, noon, or night, hasn’t either gone hoarse or ended up a pile of feathers is beyond my understanding.)  My house is in the middle of the woods. The driveway is curved and about a hundred yards long.  I could not tell if my son was still there or if the bus had come already.

“Jacob?” I called out.  A few blinks of a flashlight answered me.

I started to make my way down the driveway.  The sun wasn’t out yet, but it was hot and muggy.  It was so dark that I wasn’t really sure if I was walking on the driveway or on the hard packed dirt on the side of the driveway.  I had a vague sense of where the road was and headed in that direction.  I handed Jacob the phone, and stayed with him for the next minute or so until the bus came.  As soon as it started coming, I crept back into the darkness so the other middle schoolers on the bus wouldn’t see me – I might take pride in my ability to embarrass my kids, but even I have limits.

I walked back up the driveway and in the house, feeling the sweat on the back of my neck dampening my hair.  If it was this hot at zero-dark-thirty in the morning, it was going to be a scorcher of a day.  Given the thermostat wars in my office (I often have to turn the air DOWN to 75 degrees) I didn’t want to take a chance at a hot, sweaty (read: stinky) day.  I pulled off the sweater and put on a gauzy, short sleeved shirt.  I swapped my ballet flats out for sandals.

And proceeded to freeze the rest of the day.  For the rest of the universe, it was a blustery, grey, fifty-two degree day.  It was summer for me and only me, a personal summer, and perhaps some other middle aged sisters, and only summer for about forty five minutes, just long enough for me to get far enough away from my house to regret my choices and not be able to do anything about it.

I’m not sad to have reached this time in my life.  My family is complete, and menopause is, if nothing else, free, natural birth control. My metabolism has already come to a screeching halt, and bizarre grey hairs sprout from unusual places.  This is the next logical step, and I welcome it with open arms.

Open arms and cardigans over tank tops, that is.  Layers are the middle aged woman’s friend.

I know that now.

My Own Personal Summer

My Own Personal Summer