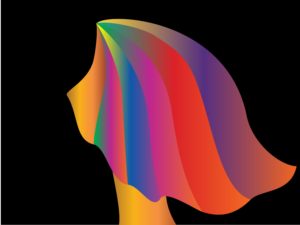 Does this dress pass the dress code?

Once upon a time, I gave birth two and a half weeks early to a little six and a half pound peanut whose legs were so scrawny that even preemie diapers wouldn’t give him a snug fit around the thighs. Through a careful diet of fruits, vegetables, lean proteins, and Cheetos, over the years that boy has grown to nearly six feet tall with size twelve feet. Last night, I took that boy to his freshman orientation at high school.

Well, maybe that’s true. I didn’t have a kid when I was in high school – I was in my 30s when he was born, so I am definitely older than the average mother in our community. They handed us a booklet when we walked in. They herded us into the gym and then proceeded to read the booklet to us, with special emphasis on the parts that said, “if you screw up in 9th grade, you’re going to be sorry in 12th when you still have to make up for it.”

A lot was said about the dress code. I don’t envy the good folks who have to come up with a dress code that is reasonable and promotes modesty without being sexist or overly puritan. Especially when they have to compete with the buyers at major retailers who (apparently) refuse to sell shorts for girls with an inseam longer than three quarters of an inch.

I admit to being a little bored, and I admit to running out of lives on Candy Crush fairly early on in the evening, so my mind wandered a little and I got to thinking about the dress code. I had come to the orientation from work, and was still wearing my work clothes. That day I wore a dress made of a bias cut knit chock full of spandex because I am a curvy girl, and tailored fabrics without give don’t work for me. The dress went down to my knees and up to about three inches below my neck. It was not form fitting in any way. I thought it was rather conservative.

According to the letter of the dress code, however, it wouldn’t have passed muster. “No spandex skirts” said the dress code. Oops. “No visible cleavage.” Double oops. Not that I was hanging out or anything, but as a well-endowed woman, unless I’m wearing a turtle neck, the very top of the girls can be seen.

And so, because I am me, because my job has ensured that I know everyone in charge of things, and because there is nothing more entertaining to me than humiliating my son in public places, I marched up to the School Resource Officer. “Does what I’m wearing violate the school dress code?”

(Right about this time, my son melted into the crowd, disappearing from sight.) “The spandex skirt.” I pulled on my skirt. “The one inch of cleavage.” I pointed at my cleavage. This made him uncomfortable and he looked away.

“I…uh…uh…Hey look!” He said. “Dr. Nobles!” He called over the assistant principal who was in charge of such things.

I repeated my question. “Does what I’m wearing violate the school dress code?” She, too, asked in what way, and I repeated my demonstration.

“No, no,” she said with a face like I was talking crazy talk. “We’re talking about those short little tight skirts. And v-necks where you’re spilling out.”

“That’s more like it,” I said, relieved that lawyers hadn’t gotten involved with nit-picking the precise language of the dress code in the way that we would the Official Code of Georgia.

“Be careful what you say,” said the Resource Officer, “Or you’ll end up in one of her blog posts.”