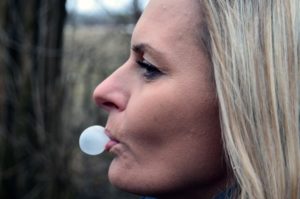 Comes the end of the day (defined on some bad days as 3:00 p.m.) and I am completely brain dead.  There has been enough input and the overworked filing clerks in my skull need some time to sort out the information gathered in the day and put it into some sensible order.

Enter Candy Crush.  I fought Candy Crush for a while because I know that it is an A-Number-One time waster.  There is nothing of much value to it.  It doesn’t solve any problems, or accomplish anything useful.  At best, it’s mind candy.  But here’s what it does: it is a useful meditative tool for those of us who are incapable of sitting perfectly still with only our thoughts to entertain us.  It gives my fingers and my eyes something to do, while not requiring much of my brain so it can go to its metaphorical room and shut the door and think about what it has done that day.

It also gives teeny tiny rewards.  I may not have accomplished anything else today, but by gosh and by golly I got past that monstrous level 679 or whatever it was.  Plus? That guy who says, “Delicious” in that low, sexy voice?  (You know, the dude who was probably paid a hundred bucks about ten years ago for five minutes of voiceover work to record “Delicious” “Sweet” “Tasty” and “Sugar Crush” but whose voice I would recognize on the street more quickly than I would recognize my own mother’s?)  I live for that guy’s praise.  When that guy tells me what I did was “Divine?”  Well, at least I know someone appreciates what I’ve done today.

I also like collecting Bears in “AlphaBear” and building castles and cathedrals in “Triple Town.”  And adding my squares up to 2048 in the game creatively named “2048.”  I like “Words with Friends,” but, honestly, it’s too much thinking for most days.

All of which is insane.  I don’t have time for this.  At any given moment, there are six or seven things I need to do for my kids before the next school day, four hundred zillion undone projects on my desk at work, articles to write, toilets to scrub, dishes to do, bills to pay, and the other myriad of responsible things responsible grownups are supposed to do.

Nearly every moment I spend not doing those things I spend listening to the mosquito-pitched disapproving voice in my head. (Why wasn’t there a ‘guilt’ character in “Inside Out”?  I’m guessing because Riley wasn’t Jewish like me.)  This voice is a nasty bully, the kind I’d make my children stay away from.  “Lazy.  Lazy lazy lazy,” she says.  “Get off your fat butt and do what needs to be done.”  She doesn’t let me rest, that Guilt-witch.  It’s better I listen to Mr. Toffee, or whatever the deep-voiced Candy Crush guy is named.  He’s nicer to me than I am to me.

So.  To sum up.  I’m not lazy, no matter what the voice in my head says, and although my butt may have a little more padding than is optimal, my failure to raise it out of a chair from time to time means only that I am getting the rest that I need. Real candy has a purpose: it is a little bit of pleasure with no value other than that it is pleasurable.  There is nothing wrong with pleasure for its own sake.  It doesn’t mean that you don’t eat broccoli and choke down kale, too, it just means that now and again, eating a Snicker’s bar isn’t going to kill you and might actually cheer you up.  You eat candy as a treat – mind candy is exactly the same.  As long as it doesn’t replace essential nutrients, who cares?