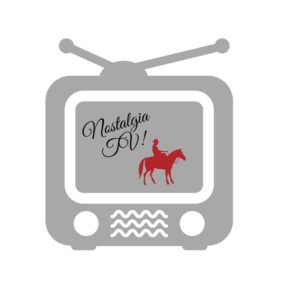 I have a tendency to make obscure references, which don’t feel obscure to me, since they are based on things I’ve seen and remember. To me, the more things you know, the more random connections you can make, and so the funnier the world is. Plus, I like to be able to participate in whatever conversation is going on around me without looking like an idiot.  So I try to read and watch and hear a variety of things.

I make the Dufflets watch old movies and TV shows just so they know what I’m talking about.  I will not be stared at in a blank way in my own house.

Sometimes this backfires.  I found a VCR tape of “The Goonies” for a quarter at the Goodwill and I was excited about it.  I loved the Goonies when I was young.  My kids were about 8 and 10 at the time. Having been subjected to my forced cultural literacy videos before, they were nonplussed.  But, we popped some popcorn and watched it anyway.

Oops.  Those are some foul mouthed little Goonies.  I didn’t remember that part.  Still, after the build up I’d given it, I couldn’t then forbid it.

They loved the Goonies.

At my office for my day job, separating the lobby from where our offices are is a little half door.  We have it (and keep it) closed to prevent random potentially angry people from just walking in and sauntering into the inner sanctum without permission, while still being able to see who they are without having to get up or too close.  We call it the Mr. Ed door.  If you’ve ever seen the show Mr. Ed you’ll know why. My kids, of course, had never seen Mr. Ed and so had no idea why we called the door something so stupid.  They also could never understand why my husband would sometimes spontaneously say, “Willlllburrrrrrrrrrrrrrr.” We put “Mr. Ed” on our wishlist on our DVR.  Months later we were rewarded with an episode.

Mike found it on the DVR one morning after the kids got on the school bus and before I left for work.  We watched the beginning.  Mr. Ed somehow got ahold of the sports pages and a pen and had circled his picks for the horse races, all of which ended up being winners.  He had a lot of ‘horse sense,’ that one.  Ha ha.  That was all good, stupid fun. But then Wilbur and his friend were talking about the horse races when their wives came in. The wives were wearing impractical dresses and heels and jewelry and had their hair sprayed to oblivion. There were jokes about the wives. The wives asked permission for money, served their husbands drinks, and cleaned up afterwards. Which, back in the day, was probably realistic. But it isn’t now. I pictured my 21st century children refusing to see past that for the dumb jokes and only being offended.

It reminded me of watching Tom and Jerry cartoons with them when they were little.  They LOVED Tom and Jerry, and why not? I did, and the cartoons are old enough that my parents probably enjoyed them, too.  We were several episodes in before the Mammy character showed up, perpetuating every stereotype of an African American servant.

Also, as part of my “cultural literacy” and “I want you to get my jokes” movement I procured a box set of old “Get Smart” episodes. It wasn’t long before a Caucasian actor showed up wearing Coke bottle glasses and pretending to be Chinese by squinting and mixing up all the “L”s and “R”s.  Would you believe that?****

All of which shows how far we’ve come, I suppose, in cultural sensitivity.

I have mixed feelings about all of it.  I mean, I always thought (and still think) “Get Smart” is genuinely funny.  But it is also offensive when viewed through a 2017-era lens.

It’s all about context. Huckleberry Finn’s liberal use of the “N” word doesn’t make the book any less a masterpiece.  It is a reflection of the time in which it was written.  The Honeymooners is still a classic even though Ralph threatens domestic violence in a catchphrase.  Gilligan’s Island is the stuff of my childhood, even if the women were little more than vapid hood ornaments.  All of which brings me around to my theory of cultural literacy.  If you really want to see how things were – and you really want to see how far we’ve come – take a look at how we chose to represent ourselves.  And while you’re at it, take a moment to wonder what people in 2077 are going to thing about “Orange is the New Black.” Or “Family Guy.”  Or “The Teletubbies.”

*Monty Python and the Holy Grail

***This means “I Love You,” as anyone who has seen “The Princess Bride” would know.

If you enjoyed this and want to read more like it, visit Lori  on Twitter, or on Facebook. For the Best of Lori, read her books, “Mismatched Shoes and Upside Down Pizza,” “The Armadillo, the Pickaxe, and the Laundry Basket,” and her latest release, “You Know I Love You Because You’re Still Alive.”