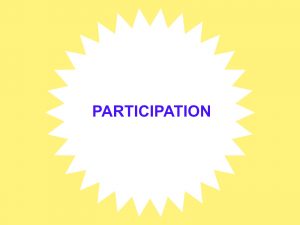 It is May and that means it is nearing the end of the school year, which in turn means that there are eighty kabillion dinners, awards ceremonies, and concerts.  Each of these has speeches of appreciation which, while sincere, are more or less identical.  We couldn’t do it without the dedication of….hard work and….this is the best group of kids who…I’m never going to forget….

And there are awards and certificates and trophies galore.  No kid goes home empty handed, even if it’s just for the “kindest smile” or “most helpful” award, or for perfect attendance which has always seemed to me to be the award you get when you go to school even when you’re sick and infect everyone else.

So I was getting ready to go to my eleventy-twelfth such ceremony of the season, and I was talking to my friend, the hilarious writer Gina Valley, whose website she did NOT pay me to plug, and which can be found here: http://www.ginavalley.com.  So Gina suggested that we give awards to the parents instead of the children and we began naming awards.

If you ever want to have a good time, just read over the shoulder of a humor writer who is talking to another humor writer via private Facebook message about something they both think is funny.

So here’s a list of awards and superlatives Gina and I think should be given out to the parents at all school related ceremonies.  This would increase attendance and definitely increase attention.

Most Likely to Flirt with the Gym Teacher.  ::wink wink::

Most Likely to Have a Misspelled Tattoo.

Most Likely to Get Cat Hair in the Baked Goods.

Most Obvious Hang Over at a Parent-Teacher Conference.

Most Likely to Throw a Punch at a Ball Game.

The PTO Mom You Most Avoid Eye-Contact With For Fear She Will Volunteer You For Something.

Most Likely to Bring Nutter Butters to a Peanut Free Classroom.

Most Likely to Raid Her Teenage Daughter’s Closet.

Most Likely to Steal the Principal’s Car.

Most Sarcastic (Gina and I are both fighting over whose kid gets to win this one.)

Most Likely to Stab a Peer.

Most Likely to *Be* Stabbed.

Most Likely to Write a Bestselling Tell All Memoir.

And I get why they don’t, but I’m convinced that the schools arts programs could be fully funded if they just sold wine at these things, and conscripted teachers to be designated drivers (for tips) afterwards.

Gina and I want to know: What awards would you give out?  Which ones would your children win?  Tell us in the comments below.