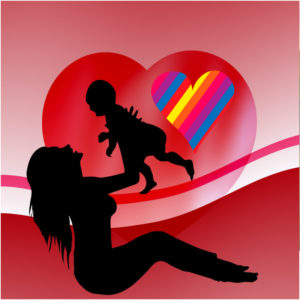 The month of June is known in the United States for many things, among them, the fact that it has been designated Pride Month, to commemorate the Stonewall Riots in NYC in June of 1969.  The Lesbian, Gay, Bisexual, Transgender, and Queer [LGBTQ] community calls it “Pride” Month to contrast with the shame they are often made to feel.  Instead, Pride Month encourages members of the LGBTQ  community to be proud and unashamed of who they are.

I am a heterosexual woman who has been married to a heterosexual man since 1999.  Despite our age difference (16 years) and our religious differences (he was raised Catholic, I’m Jewish) no one questioned our right to get married.  In fact, if anyone thought it was anything other than cause for celebration, they didn’t tell us.  It was not only perfectly legal, but societally, personally, and professionally encouraged.   It was part of the natural order of things.  First came love, then came marriage, then came our son in a baby carriage.

That son.  Wow.  He was born a little over two weeks early, not early enough to be a preemie, but early enough to be a tiny little thing whose legs were so skinny they resembled my pinkies more than anything he’d ever be able to walk on.  His entire torso was the size of my hand.   When he was born, I believed him to be perfect.  I imagined that other mothers were jealous of me, because their boys were not nearly as perfect as mine.  His food allergies still allowed him to be perfect through my Mom goggles.  His refusal to sleep through the night was not a flaw.  Everything he did was miraculous.  Every hair on his head made the world a better place.  It was because of him that the entire universe had existed.  Hundreds of generations of human beings had all conspired to ensure that he came on to this Earth as he was.

As he got older, he was still a pretty good kid.  He got in trouble in school exactly twice – once in Kindergarten for saying “Dammit!” when getting out in the spelling bee, and once again in Kindergarten for coloring under the desk.  He turned out to be tall and handsome, blue-eyed and kind, helpful, independent, ambitious, wise, and the kind of musically talented that makes a career in the arts entirely possible.  He takes Advanced Placement classes and gets straight A’s.  He does his homework without being asked.  He washes the dishes and does his own laundry.

He told me this not long after his 14th birthday.  It was on Halloween, and I had picked him up from a party.  In the car, on the long, dark, squirrelly roads I could not look at him, but I could listen to him.  He said it rather simply.  “Mom, I’m gay.”

I wasn’t entirely sure what to say.  Honestly, this pronouncement did not surprise me.  I had suspected this.

Rumor has it that when you are about to die, the life you have lived passes before your eyes.  On that night, the life he was going to live flashed forward before my eyes.  Not wanting to let there be too much silence, I finally said, “You still have to give me grandchildren.”

Jacob laughed.  “Gay men can have children, you know.”

He said, “Do I still have to raise them Jewish?”

I pounded the steering wheel with my hand and bellowed, “Nothing changes!”  I meant that as a literal answer to the question he had asked, and a figurative one.

Nothing changed.  He was still the boy who put me through 24 hours of labor and came out as perfect as a human being could be.  Who he happened to find attractive didn’t seem the least bit relevant, so long as the person he was attracted to was kind.  What body parts this person had didn’t seem to matter.  To me.

To me, but not to everyone.  In that flash forward of his life to come I pictured his prom.  I pictured him looking handsome in his tuxedo, clasping the hand of an equally attractive, intelligent, and kind young man.  And I wondered what would happen if I posted that prom picture on Facebook the way everyone else posts pictures of their children heading off to prom.  I wondered if the school would make a stink about it.   I hated that anyone on this Earth thought who he dated was his business.

I’d rather my son date a nice person who is a boy than date someone who is unkind, mean-spirited or abusive.  I’d rather he look longingly at other worthy males than look longingly at a female thief or a liar.  His gayness is considerably less offensive to me than the horrible, sick, toxic, and twisted heterosexual relationships I’ve witnessed over the years.  I’m one of the many women I know that have, at one point in their lives, bemoaned the fact that all the good ones were either married or gay.  Well, I get to have one of those ‘good ones’ as a son in law one day.  Good for me.  Good for my son who gets to marry him.  And good for the lucky man that gets to marry my son.

Which brings us back round to Pride Month.  I don’t generally make a ‘thing’ of my son’s sexuality, because it isn’t anyone’s business.  I live in a very conservative community, and I’ve heard many otherwise respectable people say mean and judgmental things about homosexuals, while overlooking the deliberate sins of others.  I cannot bear the thought of anyone looking at my son and seeing anything less than the nearly perfect accomplished, thoughtful, funny, and interesting boy that he is.  But I know they will.  We live in a world where mainstream politicians and their mainstream followers fight to pass laws that will allow people to discriminate against my son.  We live in a world where no one seems to care much when he walks down the school hallway and bullies call him a “fag.”  He has to listen to people offhandedly using “gay” as an insult with no consequence.

So yeah, this is Pride Month.  In fact, every month is Pride Month when you are the parent of such an amazing kid.  I want my son to be as proud of himself as I am of him.  I want everyone to know that I have fulfilled my basic duty as a mother – to love my son unconditionally, and to raise him to be kind and considerate and a productive member of society.

I am proud.  I am proud of my gay son, and not because he’s gay, but because he is who he is.  He’s someone to be proud of.

If you enjoyed this and want to read more like it, visit Lori at her website, www.loriduffwrites.com , on Twitter, or on Facebook. Lori is a National Society of Newspaper Columnists 2018 Columnist winner, and a New Apple, Readers’ Favorite, and eLit award winner for her latest release, “You Know I Love You Because You’re Still Alive.”  She is also the author of the bestselling books “Mismatched Shoes and Upside Down Pizza,” and “The Armadillo, the Pickaxe, and the Laundry Basket.”