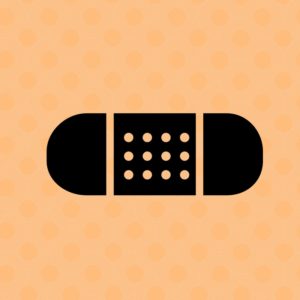 What are your battle scars?

Not too long ago, I was hauling some accumulated crapola from one location to another, for reasons that are not relevant here.  I hired a U-Haul and several teenagers to help me.  We got a late start, and so I was trying to get things moving a little more quickly.  Proving the “haste makes waste” adage, in my haste, I made waste to my right shin, by walking smack into the trailer hitch on the back of the truck.

It hurt.  A lot.  I didn’t look down right away, for fear that I would see blood streaming down my leg, and maybe a bone shard sticking out, and I didn’t have time to tend to any wounds.  I did this once before when, back before Craig’s List or even before workable internet I tried to sell my car, and a guy came out to look at it.  I tripped going up the steps and gashed up my shin.  I didn’t look because I was too embarrassed.  I just carried on like nothing had happened.  After he left, I saw a bucket of blood had dripped down and soaked into my socks.  That might be why he didn’t buy the car.

As it turned out, this time I did not break the skin, but now, almost a week later, I still have an ugly purple bruise the size of my fist that throbs a little every time I take a step.  It’s lumpy, and it looks gross, and can be seen by anyone looking, possibly from outer space, it is so large and obvious.

It called to mind a rather vivid memory I have of being eight or nine years old.  I was standing on the sidewalk and staring down at my legs beneath my skirt, cursing my scabby knees and wondering if there would ever come a time when I could go long enough without falling down and therefore having scabs on my knees.  I could never be glamorous or beautiful with scabby knees breaking up the line of my leg.

And here we are, nearly four decades later.  My knees aren’t scabbed over, but there is the matter of that bruise the size of a small planet.  There’s also the two inch line on my left foot left over from bunion surgery, and the three inch scar on my left arm from when I had to have my wrist held together with an array of metal plates, screws, and pegs.  I have a constellation of small scars on my belly from when my gall bladder had to be removed one super fun Christmas Eve.

I have a small, nubbly scar on the inside of my right wrist which came from my early childhood when, twirling around the brass poles that held up velvet ropes in the bank, I twirled directly into my mother’s lit cigarette.

There’s a half moon scar on my index finger.  I got it when I was scraping the caulking out of my bathtub to be replaced, and the knife slipped and sliced into me.

There’s a hairline scar on my thumb that came from cutting bagels the wrong way.  (Cut bagels AWAY from your hand – I know this now.)

It’s stunning that I don’t have more bruises on the outsides of my arms and shoulders, given the number of times I bang into a doorframe, having misjudged the breath of my upper body.

The takeaway from this is that no matter what I do, I will never have airbrushed model’s legs.  The lines of my body will always be broken up by scars and bruises and preventable boo-boos.  Because I’m a klutz who considers it a successful day when I don’t have to locate a Band-Aid.  But also because I’m a person, and these scars are battle scars from a life actually lived.

So, nine year old me, the answer is “No.”  You will never be able to look down at your legs and not see evidence of falling down.  But that’s ok.  Because if you don’t fall down, it means you never tried to stand up and do anything.