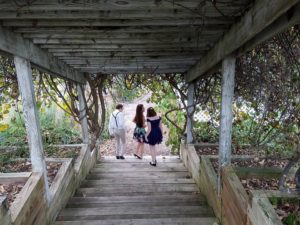 I’m pretty sure that I only went to one high school dance the entire time I was in high school, and that was the senior prom.  Which wasn’t really called the senior prom, because there wasn’t any other prom.  It was THE prom.  It was a Big Deal.  I vaguely remember some other dances existing, but never considered going, nor did any of my friends.  I don’t know if I was just anti-social or if they just weren’t a *thing* the way they are now.  I just know I didn’t go, which put all the pressure for creating memories on one day in June in 1988.

But here we are, in 2016, and my son, my little six and a half pound peanut, is a high school freshman, and there are dances and shindigs every thirty five seconds, or so it seems.  The high school dance industry is a real cottage industry.  A money maker, for sure.  There are shops dedicated to selling $300.00 sparkly dresses to 15 year olds, and other shops dedicated to reselling the gently worn dresses (read: worn once, but not cleaned, because the beads and mirrors and sparkles can’t be) for a third of the price.  You can’t get a haircut or your nails done on a Saturday in October and April here in the deep south, because all the slots are booked in advance by teenagers needing fancier updos and nails than I had at my wedding.

It is kind of entertaining watching these girls in their impractical clothing navigate the bleachers.  At least for me, wearing jeans and sneakers and a sweatshirt it was.  Poor babies had to be cold with their shoulders and flat bellies and backs exposed like that.  “Here, honey.”  I wanted to say.  “Here’s a sweater.  You’ll catch your death!”

Boys definitely have it easier in this regard, even boys like my son who actually care what they look like.  I took the opportunity for a teachable moment to show Jacob how to iron pants and a shirt.  He put on his freshly pressed khakis, a white button down shirt he stole from his father, a bow tie, clip on suspenders, and a pair of flat, foot-shaped dress shoes; combed his hair, brushed his teeth, and he was good to go.

We went to a local park-slash-botanical-garden to take pre-homecoming pictures with the group of friends Jacob was going with.  The parking lot was so packed that there were cops there working security.  Obviously we were not the only ones there to take pictures.  The gardens were littered with uncomfortable looking boys and made-up girls, the girls pretending like walking along garden paths wearing platform shoes and stilettos was something they could just do, trying hard (and sometimes but not always succeeding) to avoid getting their heels caught in the seams of the wooden walkway.  There was a host of dumpy looking parents with cameras trying to get their kids not to smile like *that* or to quit dabbing or doing other stupid dance moves while we preserved the moment for all of history.

One Mom asked me if I wanted a picture of me with my son.  I looked at him, all polished and handsome, and touched the bandana on my hair, feeling the grease on my unmakeuped face and politely declined.  I felt like a slug in a butterfly garden.  There were too many beautiful, hopeful young people about for me to want to preserve my potato face amongst them.

Which is dumb.  Because I know my son loves me, whether or not I am objectively beautiful.  And I love him.  I’m proud of him, and proud to be his mother.  I’m 31 years older than him, which means, statistically, that the last 31 years of his life are likely to be spent with me only as a memory.  It’s really not fair make him conjure up my face when I can look at tons of pictures of him.

Because the truth is that love makes anyone beautiful.  Love is the primary source of beauty.  And we can all use a little more of that in our lives.