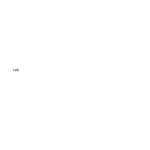 My Dad, who, left to his own devices, which he never is, would go days without speaking, and who has never once in his life engaged in small talk, will occasionally say this: “When you’re born, you’re only allowed so many words.  If you use them up too soon, you won’t be able to speak when you’re older.”  A remember thinking about this as a small child, picturing my voice box as an actual box filled with liquid that dissolved slowly each time I spoke a word.  I remember wondering how to ration it properly so as to still be able to say what I wanted but not have to spend my older years as a mute.  I wondered how come all the old people I knew were still talking.  Surely at least one of them would have run out of words.  And did the words “a” or “the” count as much as “antidisestablishmentarianism” or “pneumococcal”?  I didn’t know who to ask, because it is difficult to tell if my Dad, whose poker face is so good he actually hit the money in the World Series of Poker Super Senior tournament last year, is kidding.  Also, he would make merciless fun of people who didn’t get his jokes, so I didn’t want to risk it.

Now that I’m a grownup, I know that he is usually kidding.  He still repeats that sentiment from time to time, when people go on and on without a particular point.

I don’t know if it is because I grew up thinking about using up the words in my voicebox, or because I’m just inherently stingy with words like my Dad, but mindless chatter is one of my least favorite things.  Which is why I’m awful at parties where I’m required to meet people. I’ve inherited my Dad’s complete inability to engage in small talk. Small talk is just so….small.  I have absolutely no idea what to say that won’t sound to my ears like complete drivel.  And, since I feel like I should treat people the way I want to be treated, I don’t pelt their ears with words I don’t care about.  And therefore, I have exactly zero ability to work a room.

Buddha said, “Don’t speak unless it improves the silence.”  Which is a less snarky way of saying exactly the same thing that my Dad said.  Speech is for conveying and discovering information, for making people laugh, for soothing them, and for making sure our needs are met.  The way we speak to each other and what we say lets other people know we care about them.  It serves great purpose, and some of my favorite memories involve conversations with interesting people.  I’m not anti-speech.  I’m not saying that people should only talk in matters of vital importance.  I’m just saying that people should do a little inner test to see if what they are saying makes the silence better.

Silence isn’t actually something that exists, anyway.  For instance, as I write this, I am sitting in a pleather armchair in what is probably referred to by employees as the “bored husband area” of the Mall of Georgia while a bunch of teenagers I drove here shop at Hot Topic for shirts with pithy sayings and pictures of emo bands.  I haven’t said a word in at least a half hour, and no one has said a word to me.  But there is the music soundtrack playing; the snippets of conversations as people walk by; the squeak of rubber soled shoes; toddlers having tantrums as they are told they are not going into Build-a-Bear, not today; the rattling of shopping bags; and a host of other ambient noises.  I have a decibel meter on my phone, and it says, as I sit here in ‘silence,’ that I am enjoying the level of noise generally reserved for “normal conversation.”  (Once, my husband was on the phone with his sister, and he kept getting louder and louder though, to be honest, the conversation was rather boring and not heated at all, and I turned the decibel meter on, and it said he was at “power tools.”  We still tease him about that.)

I don’t know why our culture doesn’t value silence.  Companionable silence is one of the best things out there.  When you know someone well enough to not feel the societal pressure of yipyap and can just enjoy their presence and the knowledge that if you do want to kick around an idea, they are there to do it: that’s the pinnacle of friendship.  But no.  Normally, it’s almost like silence is a vacuum that begs to be filled.  We turn on radios and televisions just for background noise.  Nature abhors a vacuum; Americans abhor quiet.

Not me, man.  Quiet is the BOMB.  (A quiet, noiseless bomb that spreads peaceful, fluffy shrapnel over the landscape.)

Huh.  That doesn’t look right, now that I type it.  Maybe I should talk to someone about that.