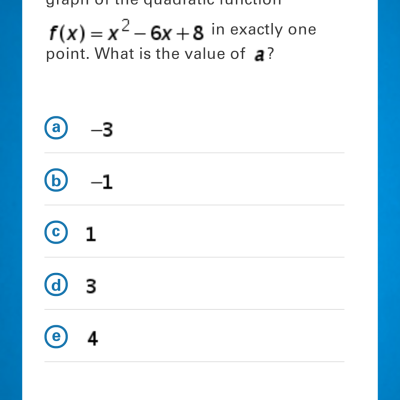 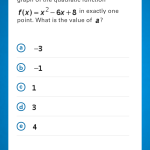 Decades after the test, how would you do taking SAT Practice Questions?

In some ways, I was ok with that.  It really doesn’t matter how he does, and he has enough mess on his plate that he doesn’t need to add ‘freaking out over the premature SAT’ to the mix.  Even if he bombed it, there was a ‘no harm no foul’ kind of thing going on, and he would have that experience to prepare him when he did it for real later in high school.  I let it slide.

About a week before hand, I decided that he at least ought to look at some questions.  I managed to find an “SAT Question of the Day” App for my phone, developed by the official College Board people, and free of charge. I think my son answered a total of three questions on it, but I became obsessed with it.  I was surprised by how much I remembered – not so much the English and Reading questions, since I write for a living and read to live, but the math SAT practice questions.  I was still able to do most of them, and the ones I got wrong, if I clicked on “explanation” then I remembered what I was supposed to have done.  I was proud of me and my ever addling brain that I could still do this. Until two days before the SAT.

Then I stumbled on a math question that stumped me.  The kicker was that I knew I was supposed to know it.  It was like when you come up upon someone in the grocery store who gives you a great big hug and tells you they haven’t seen you in ages and, oh my, you cut your hair, and did you ever marry that handsome helicopter pilot you were dating?  You know from the bits of information and something pinging in the back of your brain that you are supposed to know this person, but you have absolutely no clue who they are, or even from what phase of your life they were unearthed. That’s how I felt about this math question.  It started with a big swoopy lowercase “f” and an “x” in parenthesis, which something told me meant “function,” though function of what I could not tell you.  (I pushed the rhyming but unhelpful Schoolhouse Rock song “Conjunction Junction” out of my head.)  Somewhere else was “dx” over “dy,” which I did remember had something to do with derivatives, though these days (and maybe then, too, I never really got higher math concepts deep in my gut) all I know is that when I read “Divergent” it seemed awfully derivative of “The Hunger Games.”   After that, I was stuck.  There were some numbers, and some letters, and some basic math symbols like plus and minus signs.  I stared at it, willing it to tell me even where to start.

So I did what I always do when I need an immediate answer to a question.  I took a screen shot of it and posted it to Facebook.  For good measure, and to speed the process, I tagged all my math and engineering and science friends that I could think of, noting proudly to myself that all the Professors in the STEM fields I could think of that were Facebook friends of mine were also women. The answers came pouring in.  In the end, there were ninety-four comments, only about fifteen of which were me saying things like, “Hold up! You’re assuming I remember how to solve a quadratic equation.”  It made me feel infinitely better that my friends who chose a career in science and math got it wrong some, and argued with each other about methodology.  Even the Engineering Professor had to draw herself a picture to remember how to do it correctly.  I appreciated the answer “purple” given by one friend, and the answer “banana” given by another.  I was not alone. In the end, I understood it well enough to get the correct answer, though I never really understood what I was doing well enough to explain why it worked.  Which, as I recall, is how I got through calculus the first (and second) go round and which cemented my conviction that despite the great wishes of my parents, I was not cut out for medical school.

So yeah, when my kids ask me why they have to learn this stuff that they know they will never use in the future, and they know they will forget within 45 minutes of the exam, my answer isn’t some scripted parenting line that they will find it more useful than they think they will.  My standard answer is something like, “it is the discipline of learning that is important, the teaching your brain to do things that it isn’t naturally comfortable doing.” But that’s not the real answer.  The real answer is this:  I estimate I’ve forgotten 63.2% of everything I once knew.  If I limited my knowledge to the things I cared about and wanted to remember, I’d forget 63.2% of those things, too.  I need to pad my brain with useless information so I can go about forgetting that without regret.

In the meantime: have you seen my keys?