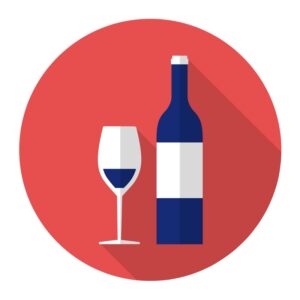 My husband and I have had a long standing argument about whether or not I am a cheap date.  He swears I am.  I wasn’t convinced.  The problem, I joked, was that he was comparing my normal human metabolism to his, which resembles that of a hummingbird.  The man lives on Skittles and Jamocha shakes and yet somehow remains, largely, skinny.  This quick processing of whatever comes into his body also means that he can drink a good amount of alcohol without being drunk.

Once upon a time I was at a conference and the Georgia State Patrol set up a booth with an Intoxilyzer.  My husband, who was along only for the hotel room near the beach, drank two beers with lunch and then followed me to the conference center to see what kind of free swag he could snag from the vendors.  He stopped at the State Patrol booth and, on a whim, blew into the Intoxilyzer.  He blew a 0.0.  That’s right – if I had a breath mint, it would have registered higher than Mike’s two beers did.

So, I said, it wasn’t fair to compare my apple to his orange.  So I get a little sleepy after a couple of glasses of wine.  That’s NORMAL.

And so, when the opportunity presented itself for us to have raw data about my body’s ability to process alcohol, I jumped at the chance.  I’m not certain why I was given the opportunity to volunteer to participate in the Municipal Court Judges’ ‘wet lab,’ but I responded as enthusiastically as I could (while still remaining professional) to the email asking me if I’d be willing to get drunk in a controlled way in order to demonstrate field sobriety tests and levels of intoxication to the people making the decisions about DUI cases in Georgia.  Yes, I was being asked — ASKED — by a very distinguished group to engage in day drinking for the edification of others.  I would not normally do such a thing, but I agreed, because I am that kind of a charitable, giving person.

A few days before the conference, I got another email, telling me what to expect.  I was not to eat for at least three hours prior to my reporting for duty.  (This is an especially large problem for me. It required me to skip meals and I do NOT skip meals as a general rule.)  It also said that I should not be a “novice or infrequent drinker” and “must be able to tolerate alcohol concentrations between .06 and .14.”

I’m not a novice drinker, what with me being old enough to have turned 21 twice and then some, and having been in a college sorority back in the day.  As for ‘infrequent,’ that’s awfully subjective.  I mean, I don’t drink every day. I drink when I’m with my friends and its time to kick back and I don’t have to drive.  Is that infrequent?  I guess that depends on how social my friends are feeling.

I also didn’t know if I could tolerate a blood alcohol concentration between .06 and .14.  For reference purposes, the legal ‘limit’ for DUI is a .08. I assumed I could.  I know I have felt too impaired to drive, but it has been decades since I’ve been drunk enough to do anything I regret.

I’m also super clumsy under the best of circumstances.  I can’t stand on one foot without swaying or putting the other foot down for much time even if I’m stone cold sober.  Walking heel to toe on a straight line is surprisingly difficult for someone as clunky as me.  I was really truly interested in what would happen.

And so, the day came.  I skipped lunch, including the rich, puddingy chocolate cake served along with it.  I went to the room along with six other colleagues, and we were given forms to fill out, asking our height and weight, among other things, so they could ‘dose’ us properly.  I came close to telling the truth.  Closer than my driver’s license, anyway. We were also asked to choose our poisons.  I chose vodka and cranberry juice.  Our bartender was a very efficient looking all-business type, wearing a buzz cut and a Georgia State Patrol uniform.

We were given 5 drinks which had to be finished over the course of two hours.  The first two were doubles.  Our stomachs were empty.  I can’t say what happened to everyone else, but I got drunk and fast.  My vision narrowed.  I felt an irresistible urge to put my head on the table and take a nap.  I tried to text my friends, but the results were garbled snatches of letters and numbers.  A real example: “And t2o mko tree.”

And so we were given field sobriety tests, over and over with groups of municipal court judges staring into our eyes and trying not to laugh as we crashed into walls in an effort to remain upright.  My eyeballs bounced obviously and merrily as they performed the “horizontal gaze nystagmus” test on me.  I felt a weird pride when I was told I was a textbook example.  The Georgia State Patrol Officer estimated my drunkenness at a .12.

But I never blew more than a .083, which is only ‘barely’ legally drunk.  I guess that speaks well of me, that I don’t drink enough to be accustomed to that drunken feeling and able to function.  I would have declared myself unfit for driving at about half of that, maybe less.

Eventually I was handed off to my Designated Walker who made sure I made it to my hotel room without passing out in a corner or mistakenly walking into someone else’s room.  I learned a lot of things.  I learned that people who blow a .08 have NOT only had two beers over the course of an evening, no matter what they say.  I learned that you have to be pretty well intoxicated to be too drunk to legally drive.

And I also learned that once in a blue moon my husband can win an argument.  Turns out I am a cheap date.

If you enjoyed  visit Lori  on Twitter or on Facebook. For the Best of Lori, read her books, “Mismatched Shoes and Upside Down Pizza,”  “The Armadillo, the Pickaxe, and the Laundry Basket,” and her latest release, the 2017eLit Gold Medal winner “You Know I Love You Because You’re Still Alive.”

Day Drinking as a Public Service

Day Drinking as a Public Service