My husband’s name is Mike, not Mario, but you wouldn’t know it from the way he drives. 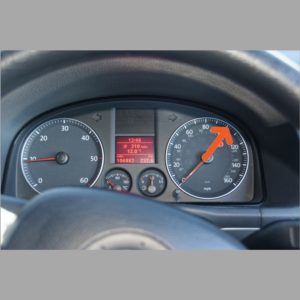 I’m pretty sure that my husband goes out of his way to accelerate and brake in the car in such as way as to maximize the g-forces his passengers experience.  It is in this way that he can imagine himself a fighter jet pilot, dodging enemy planes and performing daring feats in mid-air.  Or maybe he just likes changing lanes a lot.  It’s hard to tell.  All I know is that my stomach turns and lurches and threatens to bring up lunch.  My fist grips tightly on the handle over the door frame.  My foot pumps the imaginary brake.  Everything within me clenches so tightly that if I swallowed charcoal, I would eliminate diamonds.

He will tell you I exaggerate.  And maybe I do.  But only by a little.

He insists that he is an “excellent driver,” and I suppose he is by a certain measured standard.  He was a public safety officer for 30 years, and not once while piloting a firetruck, ambulance, police car, or even police helicopter did he have an at fault accident.  Of course, I point out, people tend to get out of your way when you are running lights and sirens.  There are no lights and sirens on our minivan.  No one gets out of the way of a Mommobile barreling down on them.  He holds out his lack of accidents as proof of his skill. I say it is more proof of the skill and constant vigilance of his Guardian Angel.

I call my husband Mario when he drives.  He thinks this is an homage to Mario Andretti.  I’m actually talking about Mario the Italian plumber, and will sometimes pretend to push buttons to shoot out banana peels and squid ink to confound those around us.

Now that my son is learning to drive, I am hyper aware of the example I set.  Don’t speed means don’t speed.  It doesn’t mean only speed a little.  Stop all the way at a stop sign and crane your neck both ways.  People who go five miles under the speed limit in the left lane are simply not in a rush.  They are in no way to be referred to as %*@^#, *!@&, or <@>&#)!!.  We must be good citizens, obeying not only the law but the social contract which binds us as a society.

Or, we can just be unapologetically ourselves and inform our boychild that we will kill him if he behaves as we do.

We all have different parenting theories.

And styles of driving.

I have a tendency to go fairly slowly (though never under the speed limit), to stay within my lane unless there is good cause, and I wait patiently until the way is clear before I make a left turn.  I don’t block intersections or driveways.  Unlike someone else in my household, I leave several car lengths of space between me and the car in front of me in case they have to slam on their brakes unexpectedly.  I do not try to close the gap tightly enough to improve my gas mileage by drafting.  Unlike some people.  Ahem.  As a result, despite having been behind the wheel of a car in one form or another since 1986, I have never gotten a ticket.  My driving record is as clean and sanitized as a Kidz Bop album.

I’m not saying I’m a better person, though you are free to draw that conclusion if you want to.  It’s just that my primary goal is to get where I’m going safely and without incident, and certain other people’s goal is to get where he is going quickly and to make up for the fact that he left the house fifteen minutes late.

I have this little game I play with myself where I try to stop the car so gently that you can’t feel with your body where the actual stop is.  My husband has this little game he plays where he tries to brake so violently that my head whips forward and crashes back into the headrest.  He swears he’s not trying to do this, it’s only an added side benefit.

I used to have this theory that you could tell a lot about a person by the way they drive.  Nervous drivers tended to be nervous people.  Aggressive drivers were aggressive people.  If this theory were true, then I have been old enough to qualify for Medicare since I was 17 and my husband would be in jail for shooting up a fast food restaurant after they failed to hold the pickles.  Neither of these things are true.  I don’t think.

We all just get where we’re going, in our own time, and in our own way.  As long as we’re safe, the ends justify the means.  Or the car sickness.  Which is why I always try to drive.

If you enjoyed this and want to read more like it, visit Lori on Twitter or on Facebook. For the Best of Lori, read her books, “Mismatched Shoes and Upside Down Pizza,” “The Armadillo, the Pickaxe, and the Laundry Basket,” and her latest release, the 2017 eLit Gold Medal winner for humor, “You Know I Love You Because You’re Still Alive.”

On the Road with Mario

On the Road with Mario