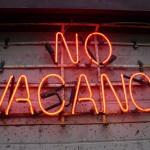 I am chaperoning a Middle School Band festival.  Yes, I know.  Living the dream.

Seriously, it is a thing I am happy to do, and I took off a day of work just to do it.  I think it is fantastic that there are this many young teenagers who are in to the arts and wear their self-proclaimed band nerdiness as proudly as they would a letter jacket.  They are me thirty some-odd years ago.  I was looking forward to it.  There was to be music, bonding time with my son and his friends, and I was promised that all I had to do was transport the kids from point A to point B and the rest of the time was mine.  What could be bad?  I brought work with me.  I listed ideas for articles and blog posts hopefully in a purple three ring binder.  I brought two books, in case I finished the first one.  These things happen, you know, and one must be prepared.

The festival is in Athens, which is the home of the University of Georgia.  It is a great college town, funky and fun, and less than an hour’s drive from my house.  Because there are late nights and early mornings, we are staying in a hotel.  There are seven kids, only four of which (including my own) I have met before this trip; one band director, who is quite literally half my age and one third my size; and another mother, who is about my age, and, well, my kind of person, only I didn’t know that before I got here.  I wish I did.  Things would have been different.  There was supposed to be one more parent, but she had emergency surgery a few days before the festival, and her surgeon forbade her participation.  Some people will do anything to get out of an obligation.

After the first afternoon’s festivities and evening concert, we went to check in the hotel.  It wasn’t one I was familiar with, but I’m not familiar with many hotels in Athens.  Seeing as how the band director graduated from UGA about twenty minutes ago, I figured she knew where/what it was and I wasn’t worried.  Most chain hotels have a certain standard, and I’m not that terribly picky.

I piled my son, two other boys, and a girl in my car, and we headed to the hotel with directions from the GPS.  We drove by it the first time, even though the GPS was yelling at me that we had reached our destination.  I guess I refused to see what was plainly in front of me.  We pulled in a parking lot, and the girl asked Siri where our hotel was.  Siri gave us directions back to where we had been.  Well, I thought, maybe we missed it.  We turned around and drove by again, this time with the children and Siri yelling at me, and the kids adding that they were pretty sure they saw Gabby’s mother’s car.

I pulled in to a place that might have been a television set from a police drama.  The lobby, once you got past the plexiglass window with the speaker, roundhouse kicked you in the face with the odor of stale cigarettes.  Our seven little country kids, sheltered in their upper middle class residential neighborhood, had never seen such a thing.  They were visibly shaking.

I wish I could say the rooms were better than the lobby suggested.  We took three flights of crooked concrete stairs up to a sloped landing, trying not to kick over an anthill of cigarette butts.  The two girls I was in charge of and I shouldered our door open.

The heat hit me first.  It was a living, breathing thing, thick and viscous.  The ‘climate control’ unit was not running, but it was set on ‘heat’.  Or maybe ‘inferno’, or maybe ‘autoclave.’  I turned it on “air conditioning” and set the temperature on 68.  I’m not sure that ever did anything, but at least I felt like I was trying.

I wanted to cry.  I didn’t want to freak out the girls, so I kept a smile plastered on my face.  I didn’t want to seem like a snob, so I said nothing to the other mother or the teacher.  I know I’ve gotten soft in my old age, and my income allows me to avoid certain discomforts and hold to certain standards.  The toilet seemed relatively clean, despite what we decided (for sanity’s sake) were ‘rust’ stains at the bottom of the drain.  The edges of the bathroom floor were crusted with mold and dark stains and fuzzy stuff that might or might not have once been hair.  I didn’t look too closely.  The beds seemed cleanish, if you ignored the cigarette burns in the bedding and the eau-de-unfiltered-Camel in the pillows.  I’ve been primitive camping, and I can tell you there are fewer bugs and less dirt on the side of a mountain.

I didn’t know what to do.  I really didn’t.  I was in charge of my two girls and the three boys in the room next door, all of us on the third floor and it was late at night and we were exhausted.  I went to check on the boys.  They were boys,  They were making fun of the condition of the hotel, but didn’t seem disturbed by it.

I was wrong.  Oh boy, was I wrong.  Click here for part two.

Chaperoning for Dummies — Part One

Chaperoning for Dummies — Part One